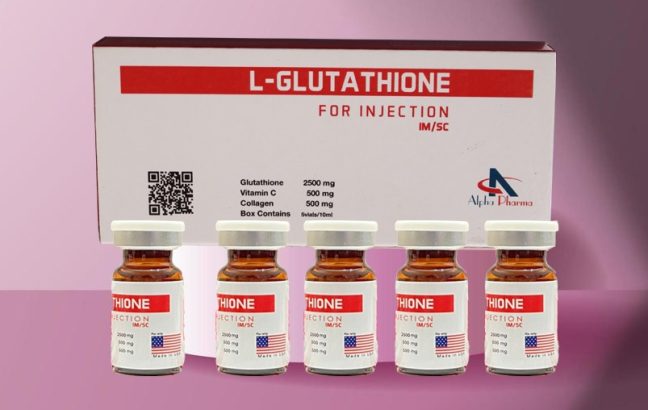 Glutathione (GSH) is composed of three amino acids combined to produce a peptide that is both a powerful antioxidant and performs several critical roles in the body.

According to researchers this peptide is so essential to optimum health that the level of Glutathione in cells could possibly be used to predict how long an organism lives.

Glutathione plays a crucial role in a detoxification system that is fundamental in plants, mammals, and fungi.3

Aside from its detoxification role it is important for a variety of essential cellular reactions. Its presence in the glyoxalase system, is fundamental to DNA and RNA nucleotide reduction.

Glutathione is also a constituent in the regulation of protein and gene expression, exchange reactions including thiol to disulfide ratios involve glutathione.

this system is very tightly regulated.

Deficiency of glutathione puts the cell at risk for oxidative damage.

An imbalance of glutathione is present in many pathologies including cancer, neurodegenerative disorders, cystic fibrosis (CF), HIV and aging.

While Glutathione is vitally essential to maintaining a healthy immune system, it isn’t classified as an essential nutrient; this is because the body does create its own supply from the amino acids:

L-cysteine
L-glutamic acid
Glycine
One of the reasons why Glutathione is so important for optimum health is that it’s present in every cell in the body. One way antioxidants like glutathione help maintain good physical health is by neutralizing free radicals,

which can cause cellular damage through oxidation. Since glutathione is naturally present within all types of cells, it is in a prime position to do this. It’s considered one of the most important antioxidants in the human body.

Glutathione is an essential molecule required for detoxification.

Glutathione acts by assisting the body’s machinery in the removal of harmful destructive oxygen containing molecules.

During the body’s normal functioning an excess of oxygen containing molecules are produced,

these molecules are typically very reactive with other molecules they come in contact with. In modern biochemistry these are referred to as reactive O2 species.

Reactive O2 species molecules include peroxide (H2O2) and superoxide anions (O2 with unpaired electron) these molecules are very toxic to the cell.

The toxicity can be explained by the tendency of these molecules to bind or destroy important biomolecules.

The body has a natural system to remove these reactive O2 species. These systems metabolize and scavenge for reactive oxygen species, in a controlled and precise fashion.

The system that removes these toxic reactive oxygen species includes a host of enzymes:

GPX is a 80 kDa protein that is composed of four identical subunits. It is expressed throughout the entire body, individual isoforms are present in specific tissues.

When the body is in a state of excess oxidative stress the expression of this enzyme is induced. Abnormal expression has been associated with a wide variety of pathologies,

including hepatitis,6 HIV,7 and a wide variety of cancers, including skin,8 kidney,9 bowel,10 and breast.11 Glutathione reductase (GR)- catalyzes reduction of glutathione disulfide is by requires NADPH producing two glutathione molecules as an end product. GR is a member of the flavoprotein disulfide oxidoreductase family and exists as a dimer.12 Expression of GR is upregulated during periods of increased oxidative stress, to prepare for reactive oxygen species removal. The level at which regulation takes place is at the transcriptional level as well as at the post-translational level. Down regulation of GR production and activity are thought to be associated with cancer and aging.13

Catalase: is involved in detoxification of reactive oxygen species.

Superoxide dismutase (SOD): is involved in the removal of superoxide species.

Additionally, glutathione is essential in a broad range of metabolic processes:1617

Detoxification: Glutathione may also be crucial in the removal and detoxification of carcinogens, and according to recent studies18 alterations in this metabolic pathway, can influence cell survival profoundly.

Glutathione may be responsible for several vital roles within a cell besides antioxidation: 18

Modulation of the immune response

Detoxification of foreign bacteria and viruses

Depletion Due to Aging and Alcohol Consumption: Glutathione plays a major role in the detoxification of ethanol (consumed as alcoholic beverages) and people who routinely drink will experience Glutathione depletion.20 Aging is another factor; as the body ages glutathione levels may drop below the level necessary to maintain healthy immune function (among other processes).20

Depletion may also Caused by Other Factors: Besides alcohol consumption and the aging process, there are other factors that can deplete levels of Glutathione:21222324

In one study, ten patients with artherosclerosis were administered glutathione which resulted in a significant increase in blood filtration, in addition to a significant decrease in blood viscosity and platelet aggregation. Consequently, Glutathione infusion was determined to be an effective method of decreasing blood viscosity while increasing blood filtration.26

Dermatological Properties: In a three-month study of female subjects, the women taking Glutathione showed significantly improved skin elasticity and amelioration of wrinkles compared to test subjects who received a placebo.

Keep all medicines out of the reach of children.

Throw away any unused medicine after the beyond use date.

Do not flush unused medications or pour down a sink or drain.